From Stalin to Santorini:
Cruising the Black and the Aegean Seas

We are now onboard MV DISCOVERY, the classic cruise liner,
most popularly known as the setting for the old TV series The Loveboat. 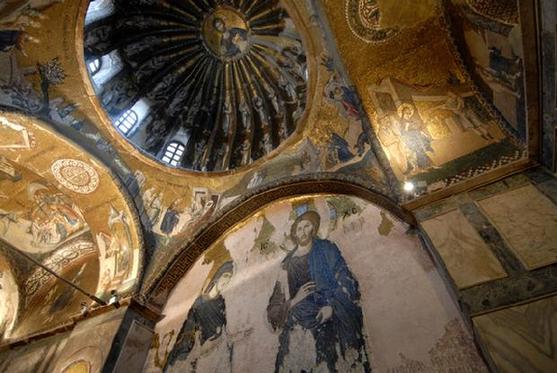 Before sailing up the Bosphoros, we had time to explore Istanbul,
inspect some Byzantine highlights, such as the Church of the Savior...
visit the spice market... 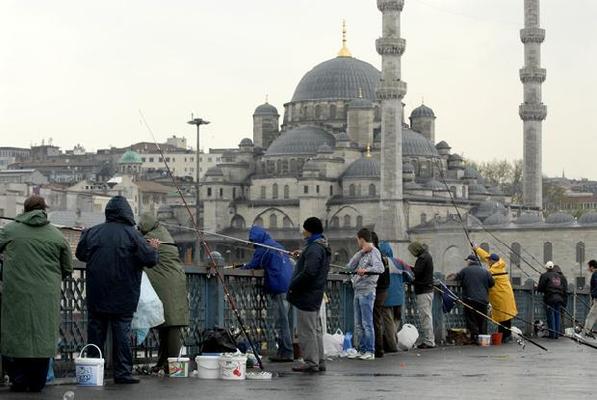 and watch the fishermen on the Galata Bridge. 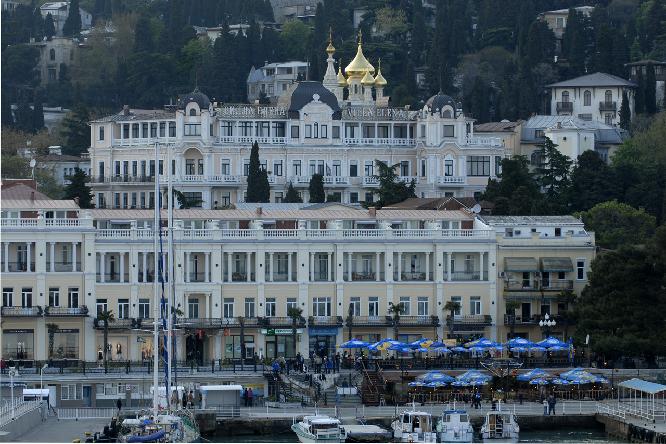 I knew the Vikings were here about a thousand years ago,
but didn’t think their presence could still be felt.
This beachfront property recalls the good old days of about 900AD. 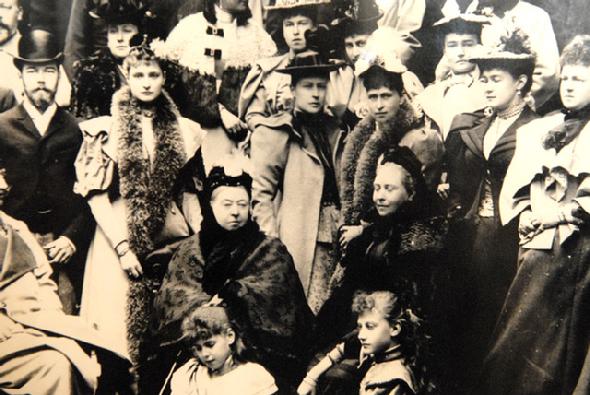 A tour titled Romanov Holidays included a visit to the Massandra Palace,
another imperial vacation spot. Popular with tsars, Yalta, judging from this 19th century group shot, was also visited by one most notable sovereign.

I﻿n Yalta, before returning to MV DISCOVERY, we drank tea in the garden of the
Massandra Palace, and listened to﻿ the Kalinka folk group –
at the end of the show, some passengers joined in the dancing. 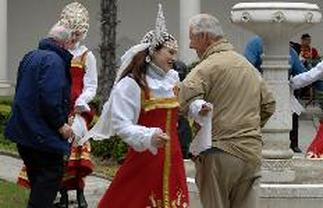 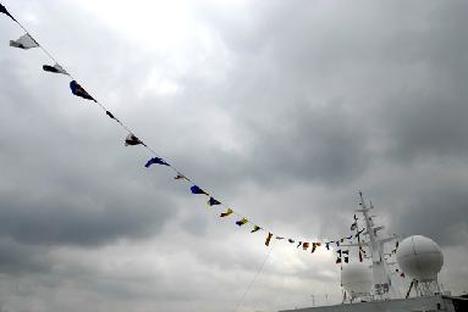 …and Major General Peter Williams talks about of the siege of Sevastopol.

Old war ships and the ruins of the Greek colony Chersonesus (founded 422BC),
were part of the Sevastopol scene.

In the afternoon, things lightened up. It was May 1st
and all the citizens were out having a ball. 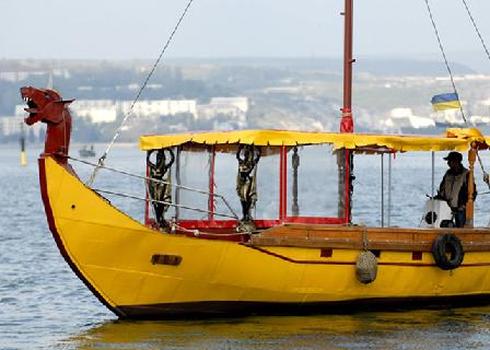 Incidentally, even in Sevastopol we saw remnants of a Viking heritage. 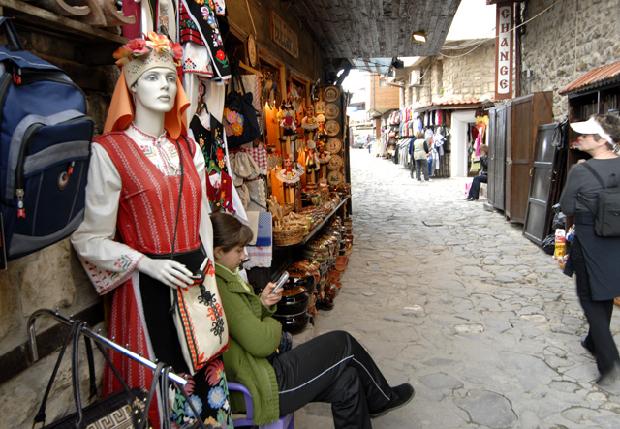 After Ukraine, we found ourselves in Bulgaria,  in a city variously spelled Nesebur, Nessebur, or Nesebar
Other Nesebar sights... 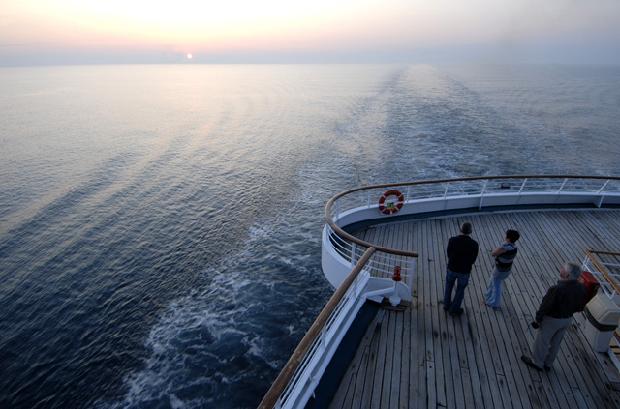 Goodbye Black Sea!
We are sailing down the Marmara Sea, passing through the narrow straight of the Dardanelles, and, tomorrow morning we will enter the Aegean Sea. 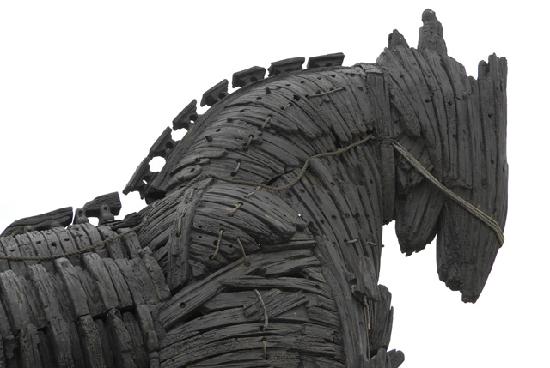 The City of Troy
- if it ever existed outside Homer’s brain -  was located just a few miles from Canakkale,
our next port of call.
As for the famous Trojan horse, a version of it could be seen in Canakkale.
A morning shave, the ubiquitous glass of tea, and a Turkish bus. 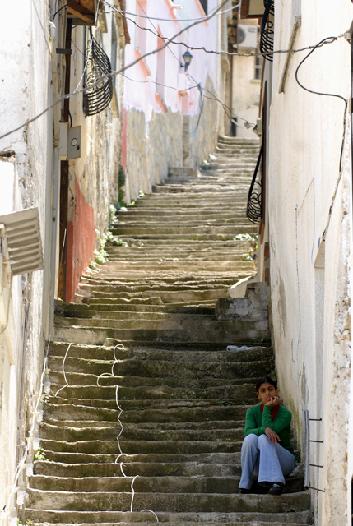 On the following morning, at 7AM, we arrived in Kusadasi.
I immediately disembarked, and strolled through what was then an almost empty city. 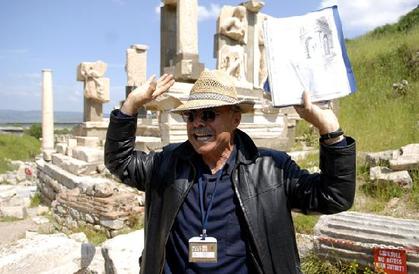 Next came a guided tour of Ephesus, the city of ancient Greece and Rome.
Mustafa, our guide, was most informative and not a little excitable as he pointed out…
the Library of Ephesus (what's left of it), the Goddess of Nike,  and public toilets.

As MV DISCOVERY continued south in the Aegean Sea, now heading for Crete,
the weather improved and people, little by little,  began enjoying life on deck.

In Heraklion, Crete, a visit to Knossos was naturally called for.
A bull - not the Minotaur – glimpsed through some bright-colored columns?

In Heraklion we had a light lunch, falling in love with the simplicity and superiority
of Greek cuisine. We also met with some friendly people. 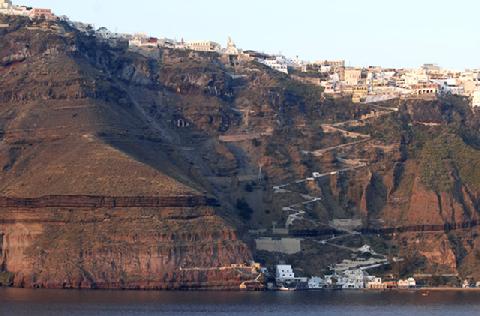 Hello Santorini.
With fond memories of a previous visit, we couldn’t wait to go ashore.

Anchored in the caldera outside Fira, the island’s capital, which perches on top of the Caldera, we were given three choices of entry: 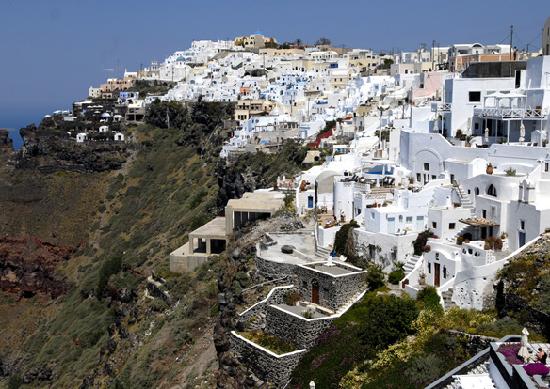 From Fira we  followed a circuitous route of winding steps and narrow lanes, among a jumble of brilliant-white houses that seem to cascade down the dark, steep cliffs.

I marveled at the consistency of the color scheme.

Our destination: Astra, the dug-into-the-rock, eight-level hotel where we once stayed. 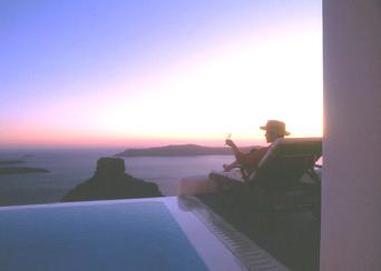 “Ours proved to be not just a room but a suite with a stunning view, which, in a startling visual juxtaposition, immediately brought back thoughts of the island’s tumultuous past. Rising, seemingly from the edge of the shimmering turquoise water of our private swimming pool, was a steep, dark promontory, topped with a giant crag, so fractured that it looked as if it may tumble into the Caldera at any moment. This was Skaros, now uninhabited, but in medieval times the capital of Santorini, a thriving little Catholic settlement, where, from their inaccessible perch,
​Venetian nobles kept pirates at a safe distance.” 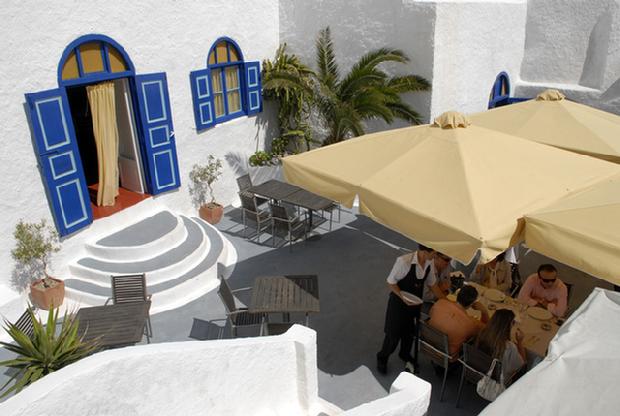 Back in Fira, we revisited Selene, one of Santorini’s top restaurants.
There, another George - George Hatzyianakas, chef and owner, immediately
brought out glasses of Antoniou Santorini,
a local wine with a refreshing aroma of citrus fruit. 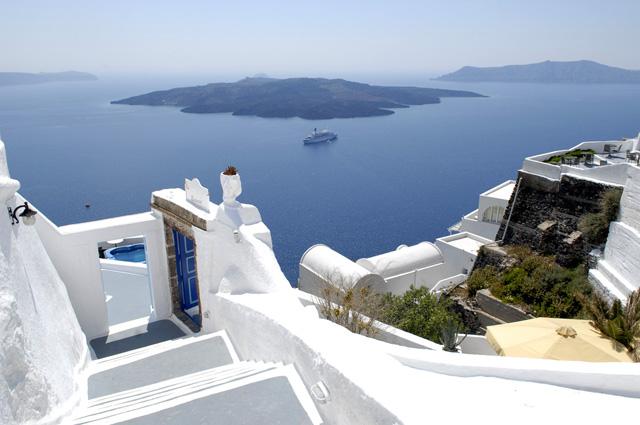 Turning around, what would we see if not the good ship MV DISCOVERY,
waiting for us to come back? 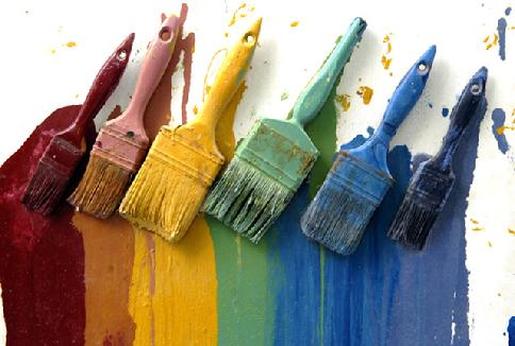 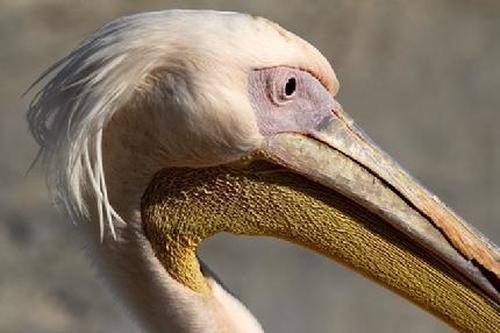 Before disembarkation in Piraeus, colorful Mykonos still awaited us,
with Gods, windmills and pelicans. 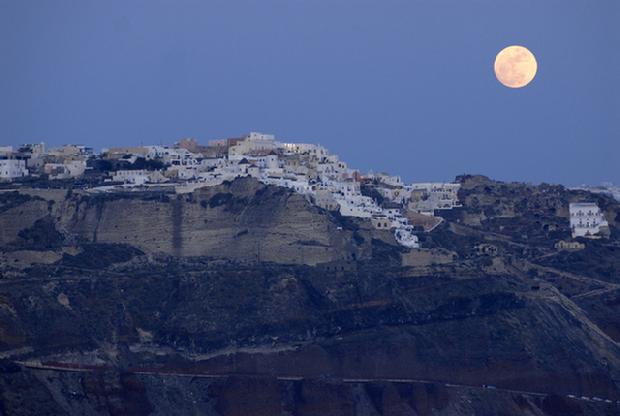 But this will be our parting shot:
a full moon over Santorini as we sailed out of the caldera. Such
utter tranquility! It was hard to believe that this, albeit a long time ago,
was the most violent spot on Earth, wrenched by a cataclysmic event
of such magnitude that it could be heard all the way to Scandinavia,
and caused the sudden demise of the Minoan Civilization.