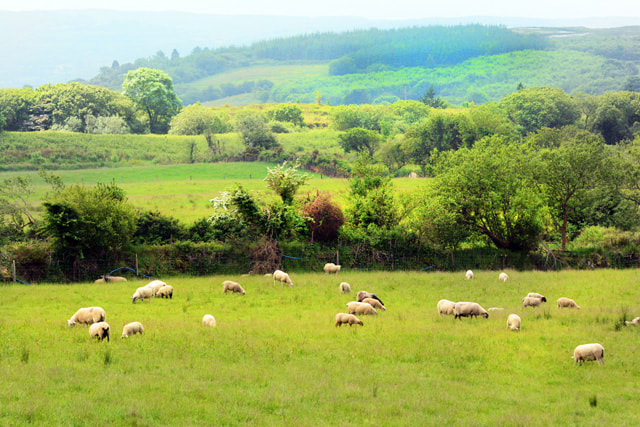 which included a visit to  Jeffa Gill,
the founder of  the award-winning Durrus Cheese Farm.

and a week's stay at Peggy's Stone Cottage... 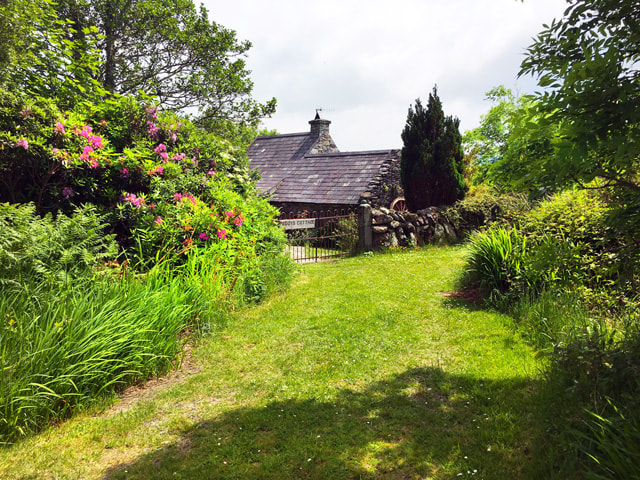 where everything was cozy and most agreeable, except that you had to watch  your head when moving from one room to another. Here, Roxie's sister Ann prepares dinner, and Roxie puts on her boots for the 3-mile walk to Durrus, the closest village.
and the walk to Durrus. 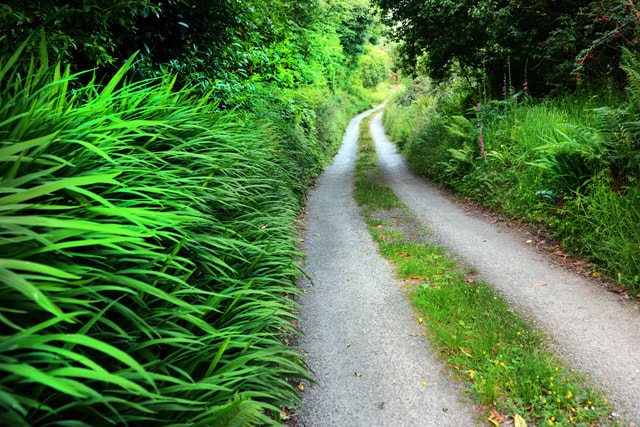 A good stretch for the legs, forty  shades of green as far the eye could see,
interrupted by bursts of rhododendron, dandelion,
and, not least, foxglove. 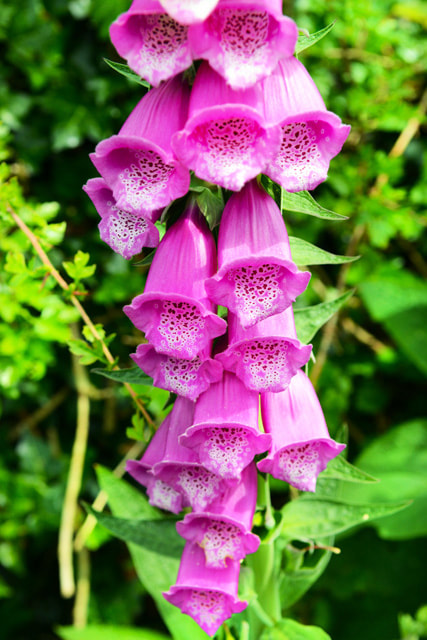 In Durrus, at Russ, one of the three village pubs,
a Guinness awaited. 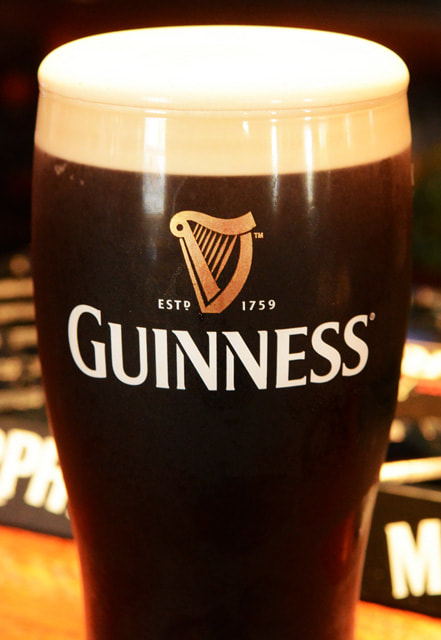 Back in Peggy's cottage, tranquility reigned. 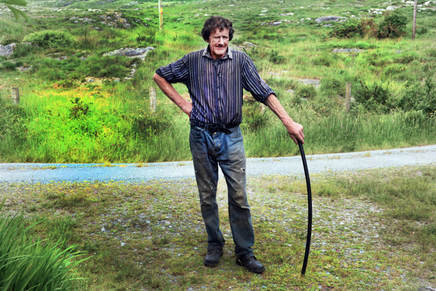 Paddy Moynihan, the caretaker and family friend from a nearby farm, visited. 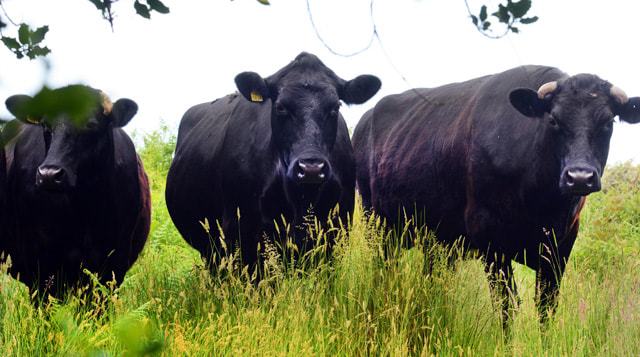 And, in the early morning,  black bullocks showed  up,
watching us from outside our bedroom window.

Bantry stopover.
Our first stop in Bantry was at The Snug, where I lunched on a delicate seafood chowder
and some savory Irish soda bread.
Here a street view, and the statue of Wolfe Tone, a leading Irish revolutionary figure. 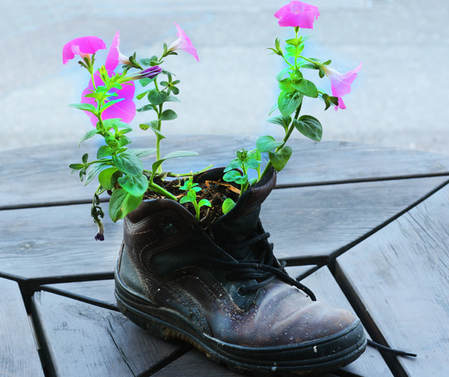 Outside another Bantry pub, I took note of a rather unusual flower pot...
some architectural detail, a swan taking off, 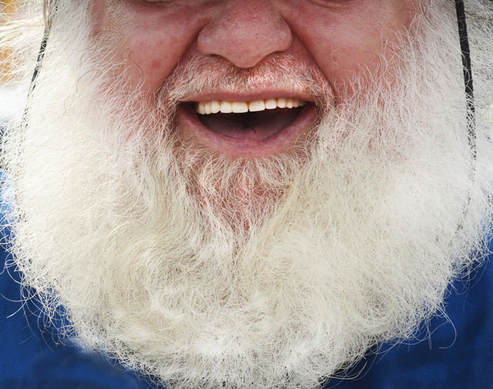 and  some very friendly people.

Ferry to Garnish Island.
Waiting for the ferry. 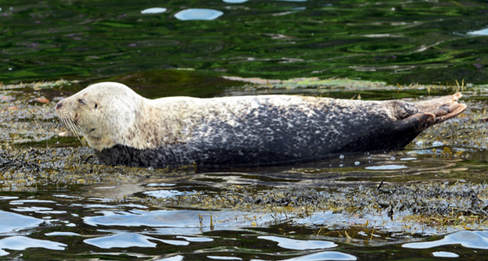 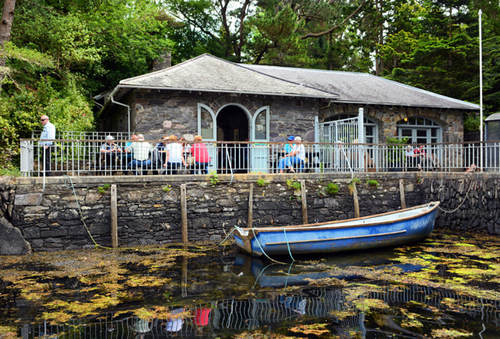 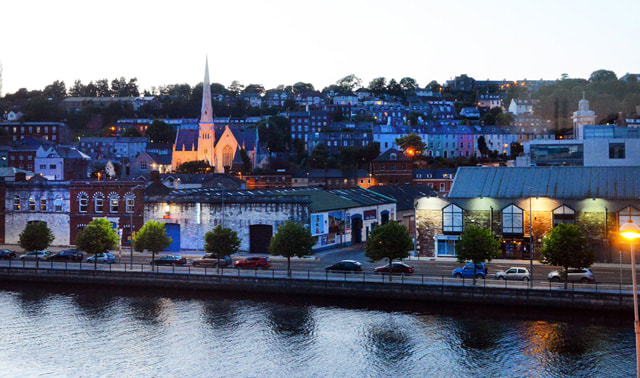 Before settling in at Peggy's Cottage, we stayed one night at Jury's Inn in Cork.
I especially recall walking along  River Lee,

checking out a number of pubs, and ending up having lunch at the Thomond Bar.

Tipperary
We had come  a long way. On our last day before taking off for NYC,
we stayed in a B&B on Tipperary's Main street. 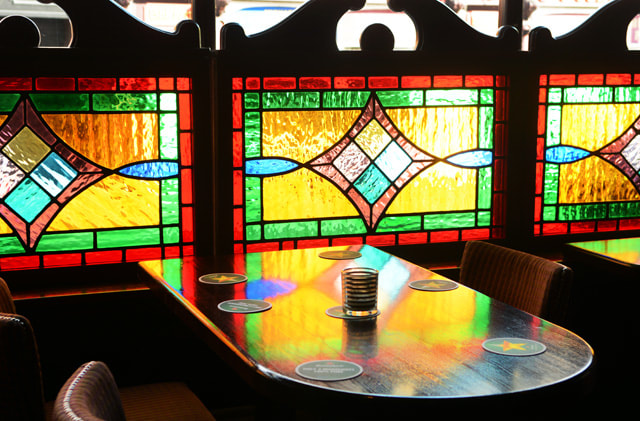 Paid a visit to a colorful pub named Tony Lowry...
and ended up  having dinner in a restaurant that proved most satisfactory.
Met with the chefs, 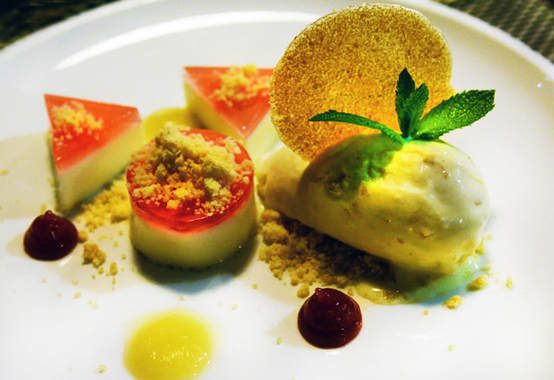 and finished the meal with a Rhubarb Pannacottan, with Vanilla Parfait, Oat Crumble,
and Strawberry Twile . Quite enjoyable! 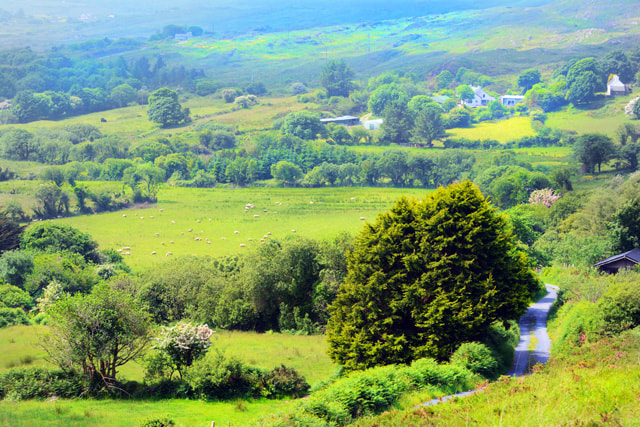 ... As was our entire stay on this incredible  green, green isle.