GREETINGS FROM A COLD CLIMATE 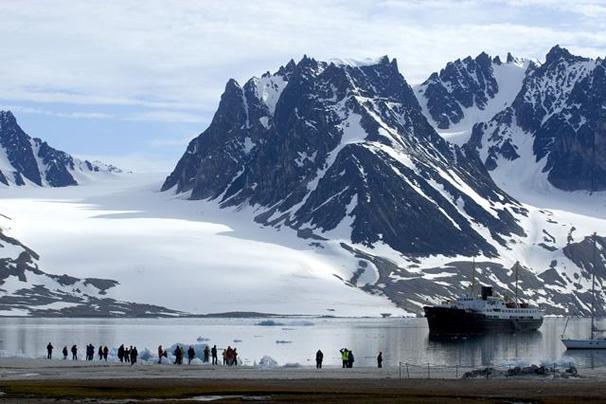 Here we are, in Spitsbergen, some 600 miles from the North Pole.
Our home away from home: MS Nordstjernen, one of the older members of the Hurtigruten fleet.

Longyearbyen, the capital of Spitsbergen, where the cruise began - and ended.
A town of about  3,000 inhabitants, it has few hotels,
but a good many skis and kick sleds.
First stop: Barentsburg,
a Russian settlement which was once the poster child of communism in the north.
It looked abandoned. Had everyone left town?  Not so.
​Russian mine workers entertained us with a folklore show. 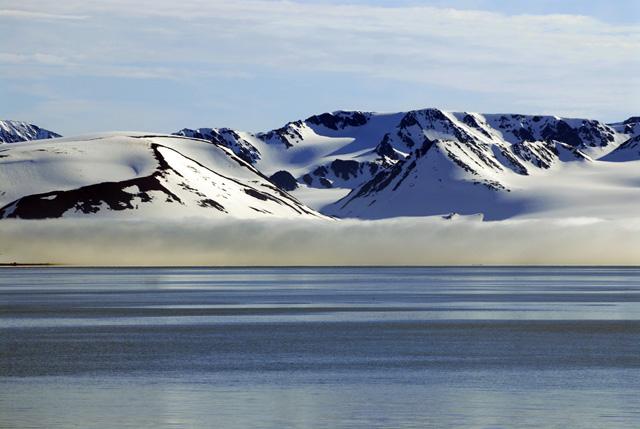 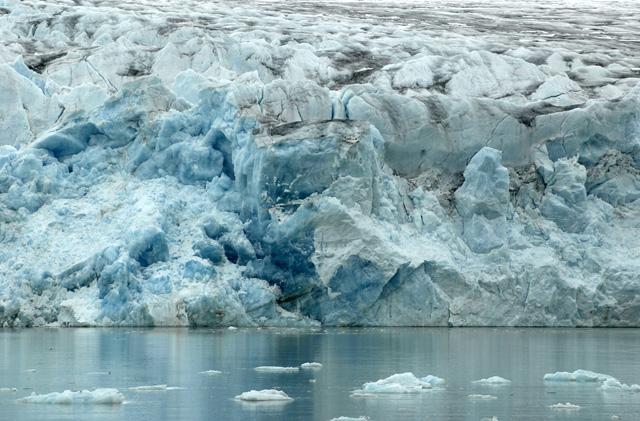 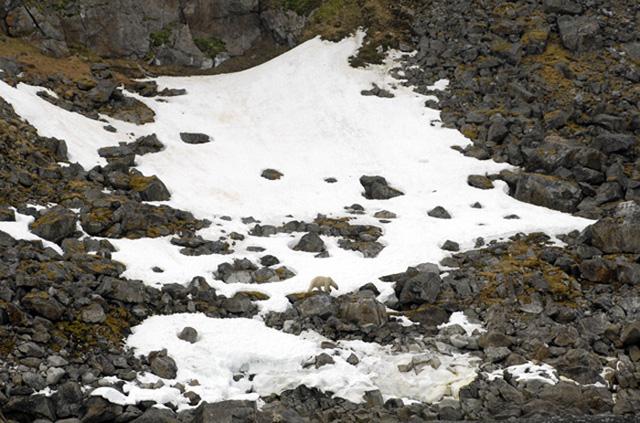 and an occasional polar bear.

Polar bears are popular in these parts, but also feared. 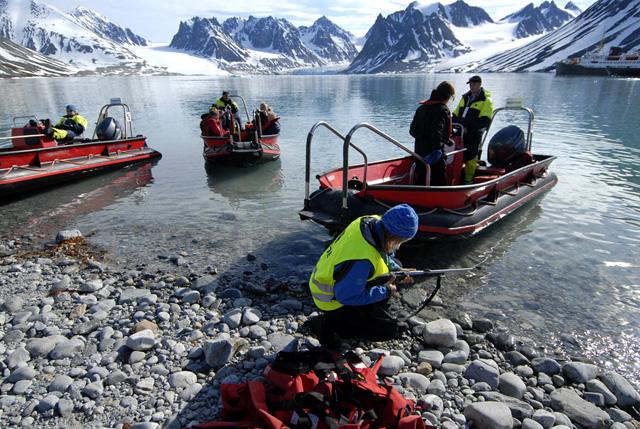 "Don't leave town without something to shoot with."  Notice our gun-toting blond guide. 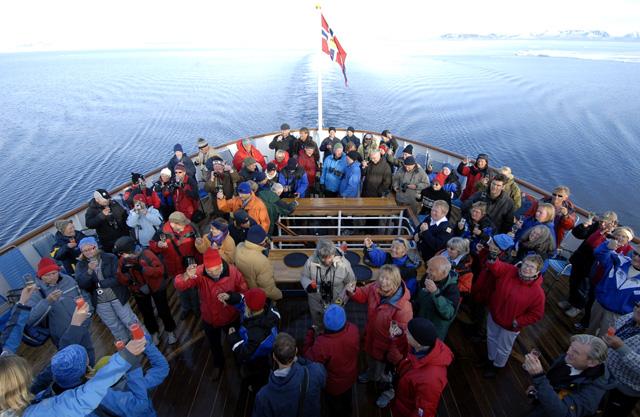 At 10PM, on July 18th, we crossed the 80th parallel. Everybody gathered on aft deck,
and champagne corks popped. 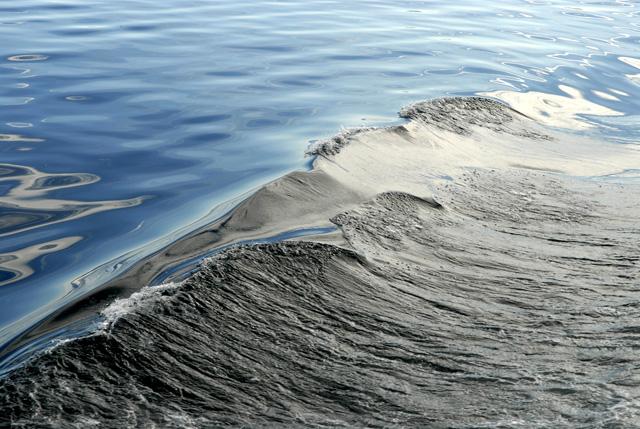 It was 1 AM, and the light was magical. 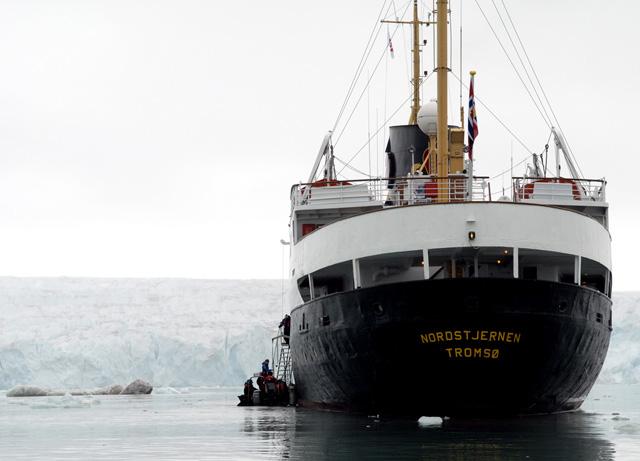 The next day, tender boats took us to the vicinity of the Lilliehöök glacier...
for a look at birds and ice monsters. 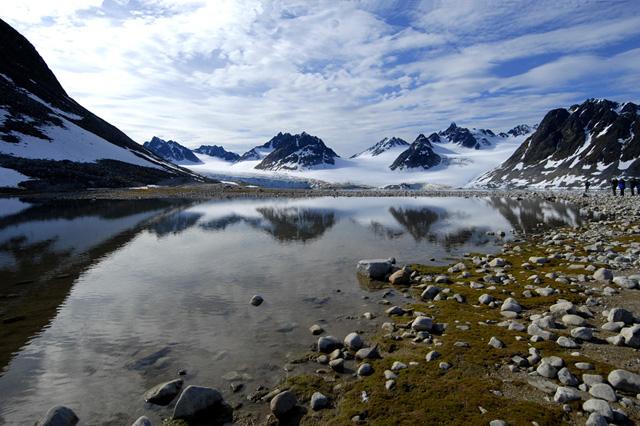 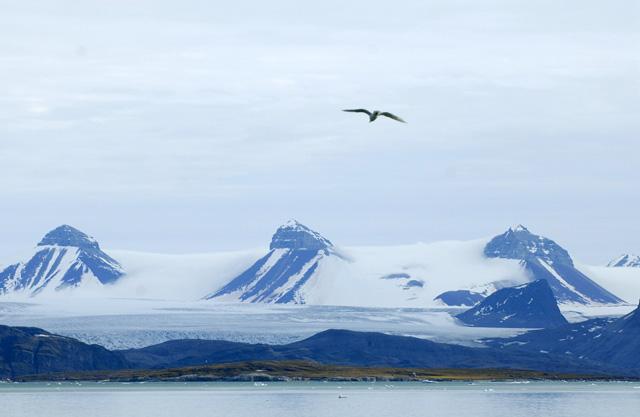 Three Crowns, three mountains, named after Scandinavian royalties.
Ny Ålesund, once a thriving mining community, now a research center.
Next to the harbor, a rusty locomotive and a few railroad cars, and, in the village center,
a bust of Roald Amundsen, the arctic explorer who, in 1926,
left Ny Ålesund for a successful flight in a dirigible to the North Pole. 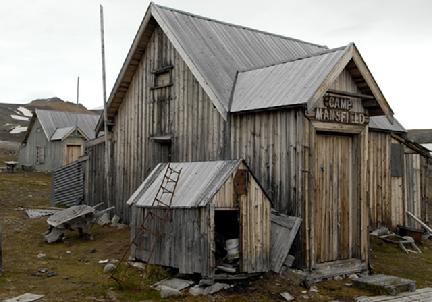 Just before returning to Longyearbyen, we visited "New London,"
a marble quarry set up by an Englishman named Mansfield about a century ago.
Unfortunately, the marble found crumbled. Now a Svalbard historic site,
Camp Mansifield is also known as the "Mansfield Folly."

A typical meal in MS Nordstjernen. 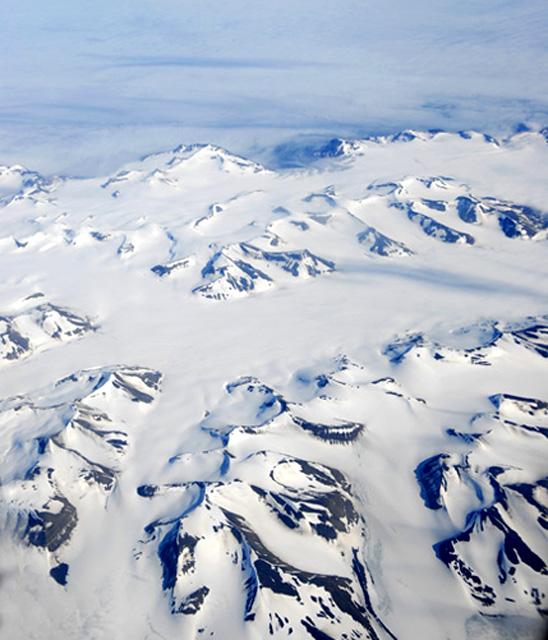 Finally, from the flight back, an aerial view of the Svalbard archipelago, as well as... 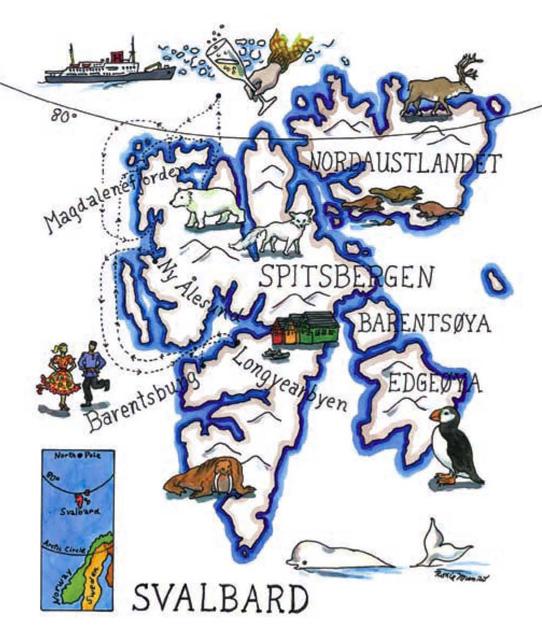 A Roxie map of the area traveled.