My First App
It began with a doodle a few years ago. 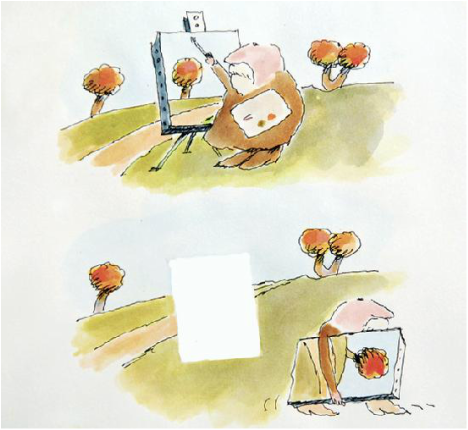 One day I thought, what if I could turn this drawing into a children's book? 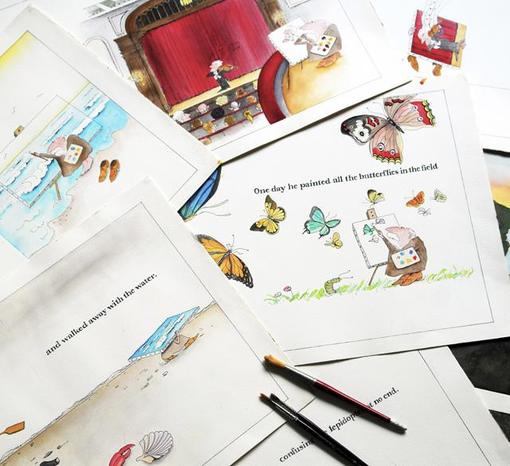 So my work began.
Everything the artist painted got stuck on the canvas,
and was taken away.
That, of course, caused a lot of inconvenience to a lot of people,
and I needed to give it a happy ending... 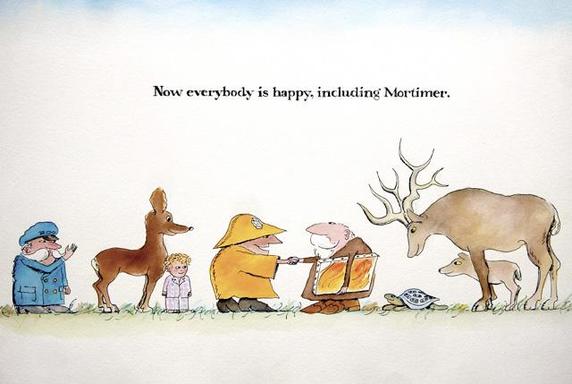 For years nothing happened. Then Roxie Munro, my wife, began making
apps with Omar Curiëre, a very talented guy in the Netherlands,
who owns a graphics company that specialized in virtual
reality video creations for architects and city planners.
To make apps, he had started OCG Studios, a new division of his company.

So what if my story could be turned into an app?

Omar was all for it. In fact, he was the one who suggested it.
He wanted to use it as an example of his new DYO (Develop Your Own) app
framework for children's book writers and illustrators. 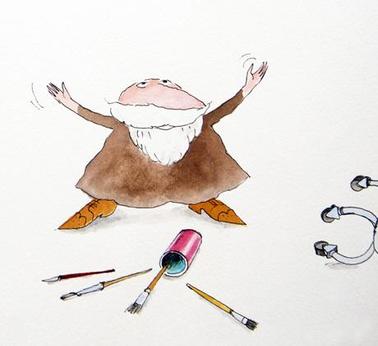 So here it is, and like Mortimer, I am jumping with joy.

(And that's my voice you hear -
or you can record your own voice.) 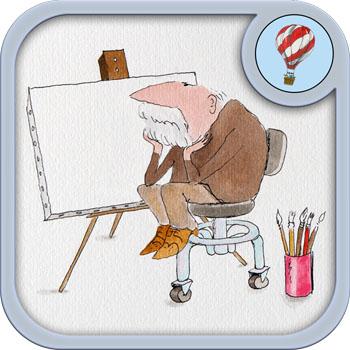