A Polynesian Odyssey
Voyage to the Marquesas Islands
It began with two looooooong flights... 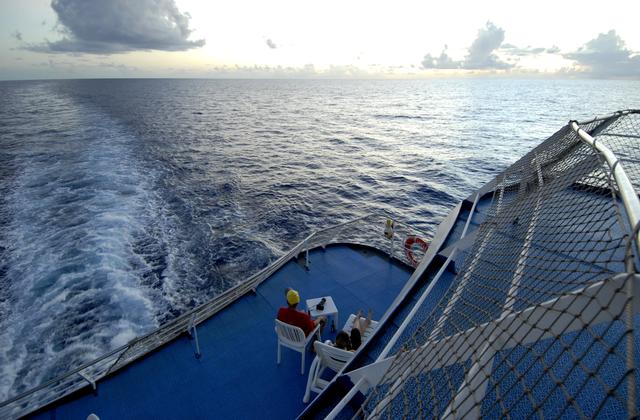 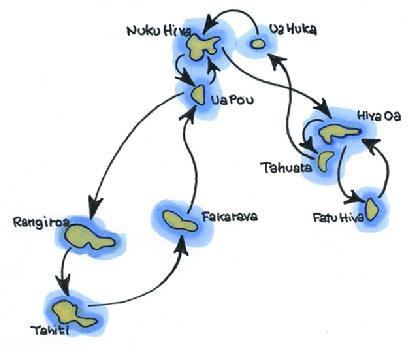 We are headed  for the Marquesas Islands, the most northerly archipelago in French Polynesia,
just south of the Equator, and farther away from  a continental landfall than any other group
of islands on earth - as far as you can get from so-called civilization. 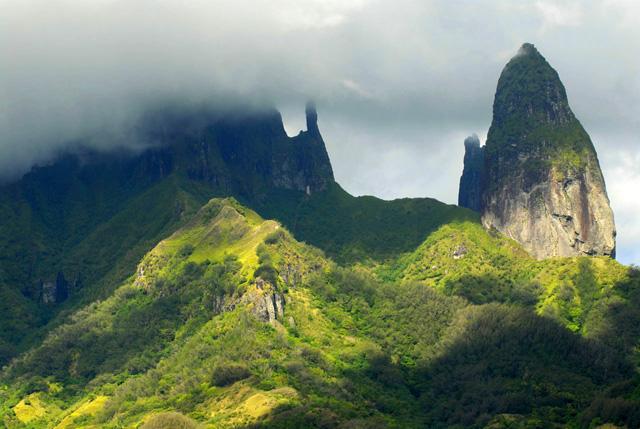 The skyline of Ua Pou rose dramatically out of the South Pacific - rocky shores, lush green hills, and brooding volcanic pinnacles soaring into the sky.

In Hakahau, we got our first taste of tha Marquesas - bananas, papae dances, and beautiful clouds. 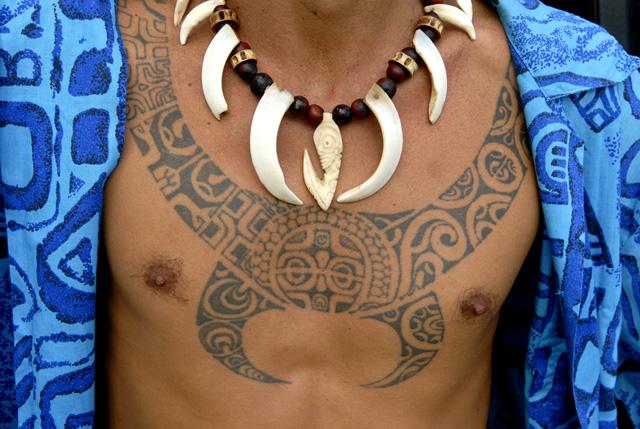 Historically a  sign of beauty, wealth and status, tattoos are still part of the Marquesan culture...  here a man from Nuku Hiva.
(It was on this, the largest of the islands, that in 1842, 23-year old Herman Melville jumped a whaling ship,  stayed for a few weeks with cannibals,
​and lived to write about it).
From Taiohae, the capital of the Marquesas, jeeps took us to the top of Mount Muake for a view of the Taiohae Bay. Pressing on, we sighted a couple of spectacular waterfalls
before arriving in Hatihu on the other side of the island. 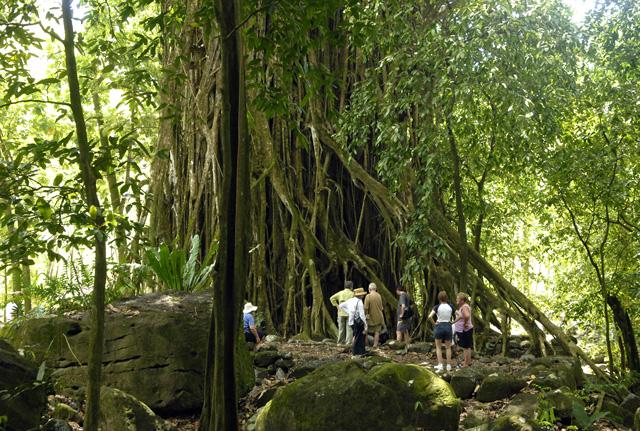 In the shadow of this gigantic 400-year-old banyan tree, we found ourselves in the first of a number of  Marquesan ceremonial centers - with tiki statues and petroglyphs. 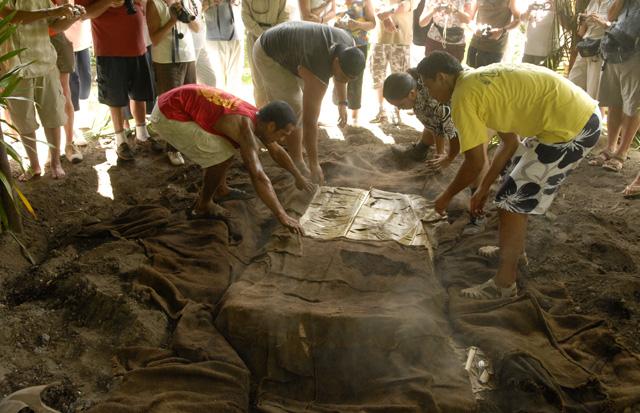 Lunch at Chez Yvonne, a local restaurant with an earth oven.
Men shoveled sand, removed stones, then peeled off banana wrappings, freeing a number of  well-seasoned pigs that had been roasting on red hot volcanic rocks for hours. Served with coconut milk, rice and breadfruit, the pork proved succulent.

Meae Lipna, a  famous archeaological site in the Marquesas, on the island of Hiva Oa.
Here's the 8-foot tall Takaii, the biggest chief/warrior of them all.

On Hiva Oa, we also saw the final resting place  of the French artist Paul Gauguin
- next to that of  the Belgian singer Jacques Brel. 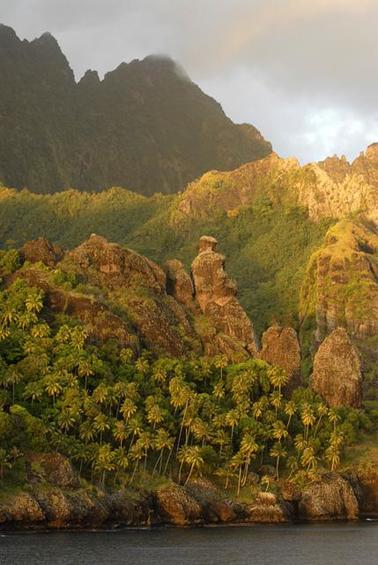 Fatu Hiva, incredibly lush, is the island where Thor Heyerdahl, of Kontiki fame,
honeymooned with his bride Liv in 1937.
As usual, we were treated to flowers, music and dance.
In the village of Hannava, more music awaited, as well as two demonstrations:
1. making a fragrant bouquet of flowers (rumored to be an aphrodisiac)
2. hammering the bark of a banyan tree into cloth. 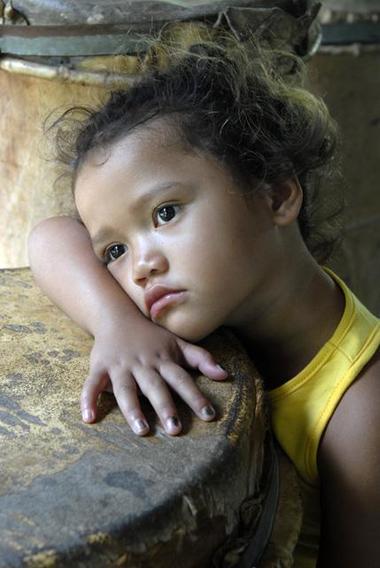 And in Vaitahu, on the island of Tahuata, I found this little girl. 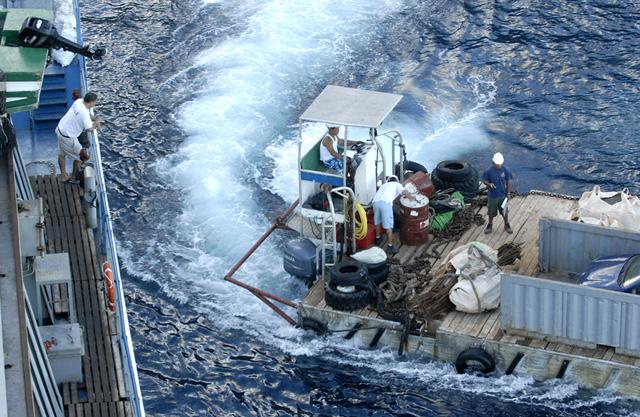 Aranui 3 was as much a freighter as it was a passenger ship;
a part of the experience was watching the tattooed native crew load and unload cargo.
​ 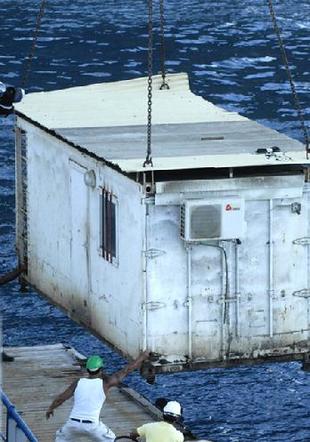 Cargo ranged from prefab houses and heavy machinery to potato chips,
beer, and toilet paper.
On their way back to the ship's whaleboats,
crew members carried sacks of copra (dried coconut meat),
and even lady passengers - gaining a reputation as "gentle giants."

Mahalo, the most gentle and tattoed of them all, and Teatui, proud of his braided beard. 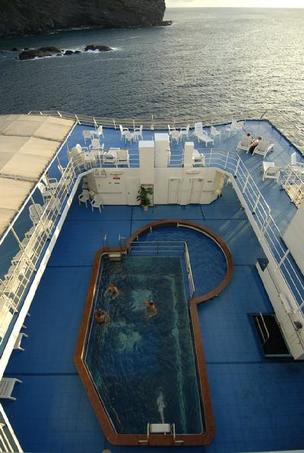 As for us passengers, life was a lot less strenuous.
Of course, for some of us there was the strain of figuring out what to buy... 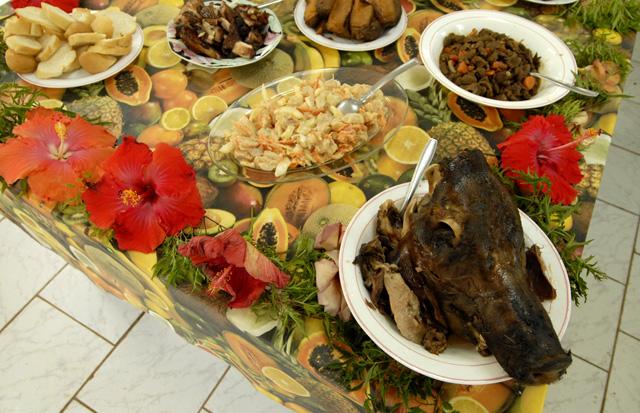 deciding what to eat... 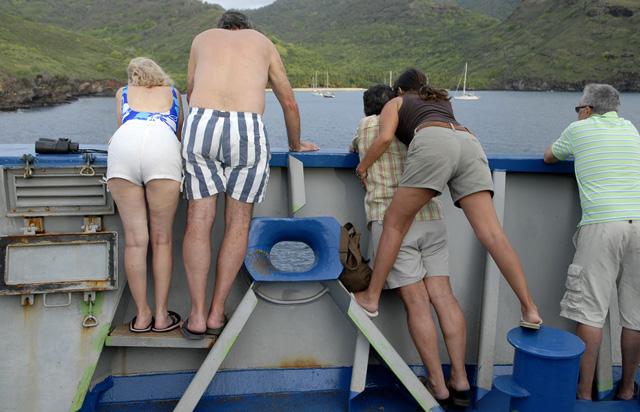 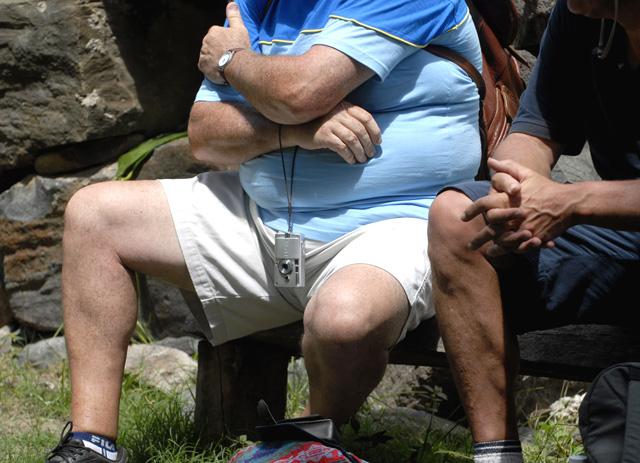 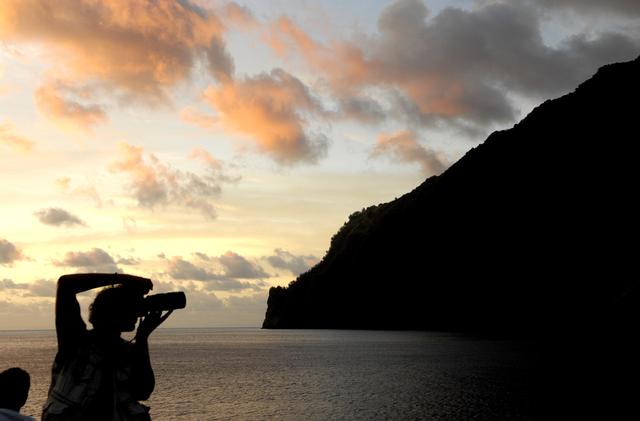 ...and being on deck when the sun rose or set.

On our way back to Tahiti we stopped for a while in Rangiroa.